Car crashes into tree before flipping onto its roof on Center St. in Chicopee 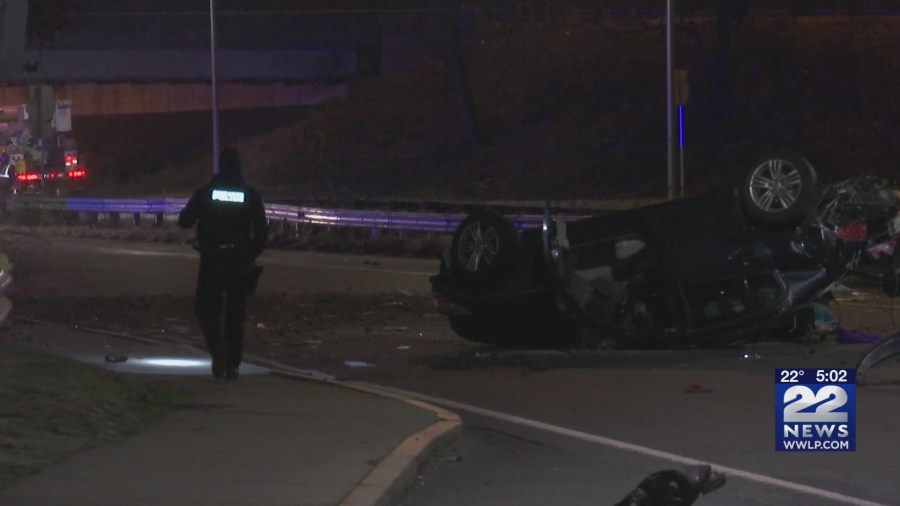 CHICOPEE, Mass. (WWLP) - Around 3 a.m. Thursday morning, Chicopee police were called to a car that had reportedly hit a tree on the side of the road before flipping onto its roof.

When our 22News crew got to the crash site, there were multiple police cruisers in the area. Chicopee Police Officer Travis Odiorne told 22News there were two people involved in the crash, both of whom were taken to the hospital.

The Chicopee Police Reconstruction Unit is currently investigating the crash.

Center Street (Route 116) was shut down between the I-391 interchange and West Street for several hours, re-opening at around 8:30 A.M.